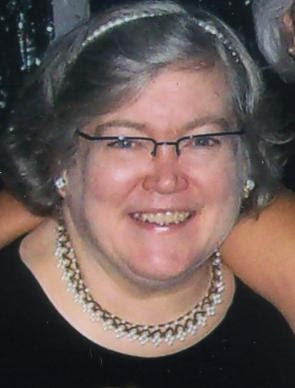 I am a native New Yorker and a Catholic Christian.

I received a BA from Fordham University, with a double major in medieval history and in the history of art.

In graduate school I focused primarily on questions of patronage in the art of the 16th and 17th centuries, especially as it relates to issues that developed as a consequence of the Reformation, including the resulting 16th-century wars of religion and the Catholic Counter-Reformation.  My area of specialization was, therefore, the late Renaissance and Baroque periods in Western Europe, primarily the art of Italy, France and Spain and secondarily in the art of the Low Countries, Germany and England.  However, I also studied in depth the art of the Middle Ages, the Renaissance and the nineteenth century.

I worked briefly in the education department of the Cloisters division of the Metropolitan Museum of Art and taught undergraduate courses at NYU Washington Square and at Adelphi University on Long Island.  In addition, I worked as a researcher for several years in a major commercial New York art gallery.  I am currently a volunteer staff member of the Visitor Experience department at the Metropolitan Museum of Art where I answer questions from the public about the museum and its collections and about art in general.  These range from the simple "Where's the restroom?" to the complex "What is the location of the painting for which the preparatory drawing now on display was used?"

In addition to my working and scholarly lives I am active in my parish church in Manhattan where I have been a member of the parish council for several terms (and through several pastors), a minister of Holy Communion and lector, as well as a member of the choir.  I have served on committees as diverse as fundraising for the repair of our church's towers, films and evangelization.  I have combined my love for the church and for art by conducting tours of the building for pilgrims, parishioners and for the wider New York community through such events as the Open House New York weekends.

In the greater cultural world of New York City I have also been a dressmaker, porcelain dollmaker, decoupage artist and artisan jeweler, having studied at the Craft Students League and the Jewelry Arts Institute, and successfully sold the dolls, decoupage and jewelry at high end shops and specialized craft shows.  As an amateur choral singer I have sung with the Oratorio Society of New York and other groups and am currently singing with the Saint Andrew Chorale.  Concert venues have included Carnegie Hall, the Metropolitan Museum and the Brooklyn Academy of Music.  I can frequently be found in the audience at the Metropolitan Opera and at other musical venues, especially those that feature vocal music from the Medieval through the Baroque eras.  I also love to cook and to bake.

My MA is from Hunter College, a division of the City University of New York.  My master's thesis was a study of a series of tapestry designs commissioned in honor of Queen Catherine de Medici of France.  The queen was an important figure in the history of the French wars of religion in the second half of the sixteenth century.  The designs for the tapestries record the deeds of Queen Artemisia of Caria (located in present day Turkey) following the sudden death of her husband, Mausolus (among them the building of one of the seven wonders of the ancient world, the Mausoleum of Halicarnassus).   While ostensibly about a subject from ancient history the episodes chosen and the details of the designs contain numerous references to Queen Catherine's contemporary situation and the troubles afflicting France due to the religious conflict.

My Ph.D. was to have been from the Institute of Fine Arts, a division of New York University, and one of the world's premiere institutions for the study of art history.  Although I have completed all the requirements for the degree, up to work on writing the dissertation, personal circumstances have prevented me from completing it.  My proposed topic is the effect of the Reformation on the Catholic iconography of the Holy Eucharist.  It is my hypothesis that a dramatic change took place in pictorial representations referring to the Eucharist, due to the Protestant assault on Catholic Eucharistic belief.

Prior to the Reformation, which began in 1517, there was a rich and varied tradition of representing the Eucharist in art, much of it in the form of symbolic and allegorical images.  By around 1600, most of this imagery died.  In the Protestant countries Eucharistic imagery was reduced primarily to images of the Last Supper.  In the Catholic countries most, though not quite all, of the old iconography died or was supplanted by new imagery.  Representations became less symbolic and more concerned with realism, doctrinal assertion and adoration.  By 1700 the change in both areas of Europe appears to have been completed and the two traditions have gone their separate ways ever since.

Illustrating Miracles: The Hole in the Roof

The Holy Name of Jesus